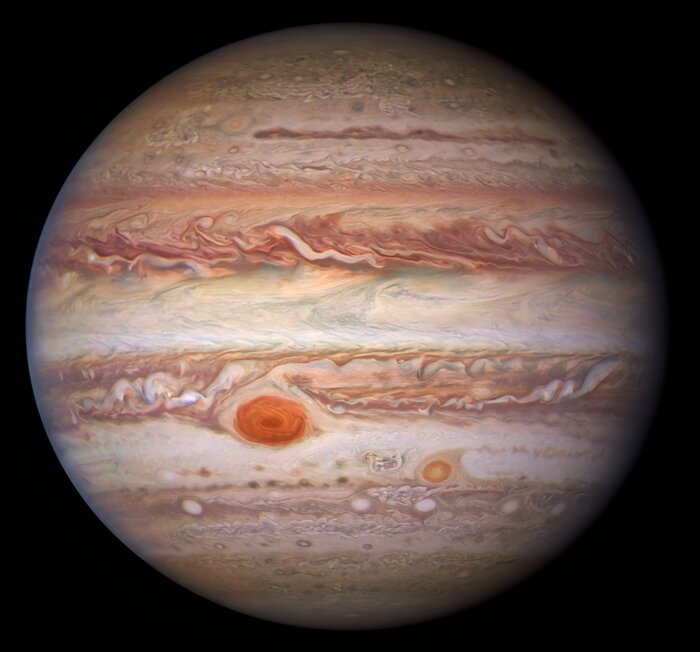 This visible-light image of Jupiter was created from data captured on 11 January 2017 using the Wide Field Camera 3 on the Hubble Space Telescope. Near the top, a long brown feature called a ‘brown barge’ extends 72,000 kilometers (nearly 45,000 miles) in the east-west direction. The Great Red Spot stands out prominently in the lower left, while the smaller feature nicknamed Red Spot Jr. (known to Jovian scientists as Oval BA) appears to its lower right.