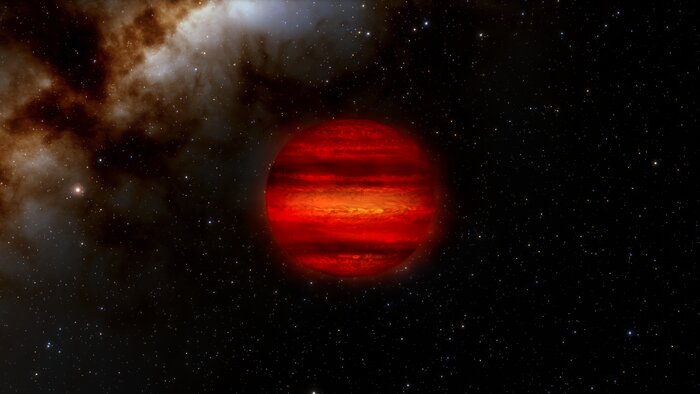 Brown dwarfs are often called “failed stars.” They form like stars but are not massive enough to fuse hydrogen into helium as stars do. More like giant planets, brown dwarfs can often have storms in their atmospheres, as depicted in this illustration.

Astronomers have recently discovered three brown dwarfs that spin faster than any other ever discovered. Each one completes a single rotation in roughly an hour, about 10 times faster than normal.