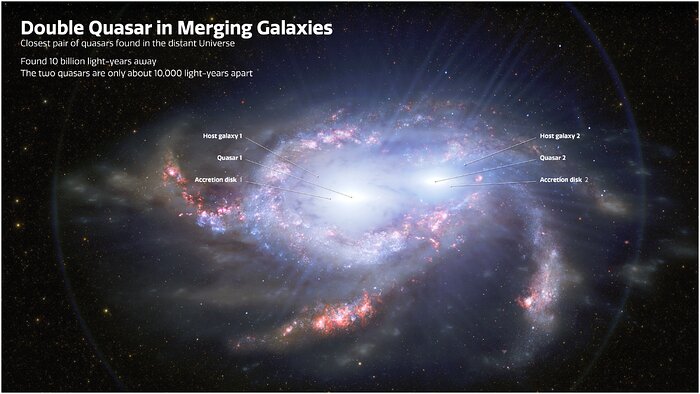 Astronomers have discovered two pairs of quasars in the distant Universe, about 10 billion light-years from Earth. In each pair, the two quasars are separated by only about 10,000 light-years, making them closer together than any other double quasars found so far away. The proximity of the quasars in each pair suggests that they are located within two merging galaxies. Quasars are the intensely bright cores of distant galaxies, powered by the feeding frenzies of supermassive black holes. One of the distant double quasars is depicted in this illustration. Labels point out the location of the quasars, the accretion disks (rings of material feeding each black hole), and the quasar host galaxies, which are in the process of merging.