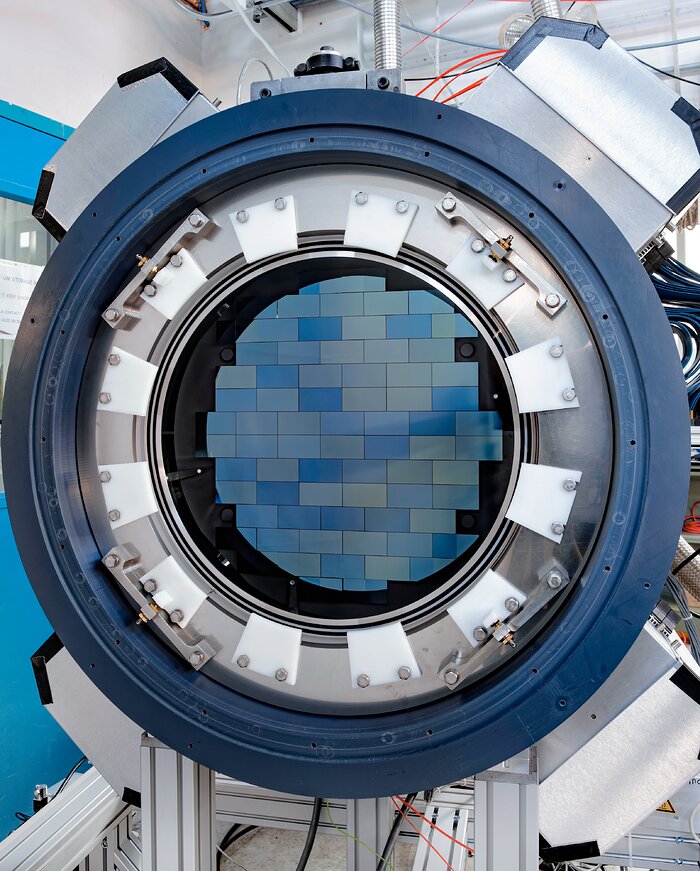 The Dark Energy Camera (DECam) focal plane consists of a science array of sixty-two 2048 x 4096 CCDs. Additionally, there are four 2048 x 2048 guider CCDs and eight 2048 x 2048 focus and alignment CCDs. The quantum efficiency of these LBNL-designed CCDs with their anti-reflective coating is red optimized to be more than 90% at 900 nm and more than 60% over the range of 400-1000 nm. The Dark Energy Survey CCDs were fabricated by Dalsa with further processing done by Lawrence Berkeley National Laboratory (Berkeley Lab). They were then packaged and tested by the Department of Energy's (DOE) Fermilab. DECam was fabricated by the DOE.