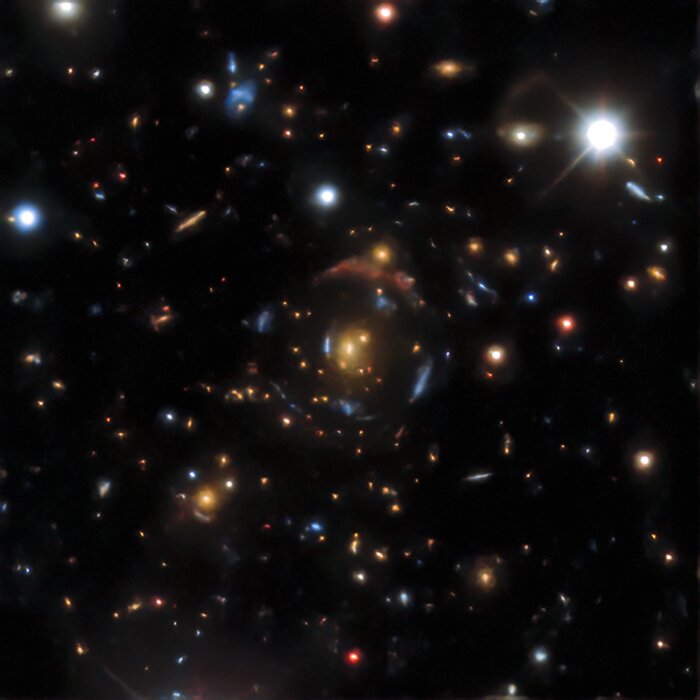 An example of a gravitational lens found in the DESI Legacy Surveys data. There are four sets of lensed images in DESI-090.9854-35.9683, corresponding to four distinct background galaxies — from the outermost giant red arc to the innermost bright blue arc, arranged in four concentric circles. All of them are gravitationally warped — or lensed — by the orange galaxy at the very center.