Deepest, widest view of the Large Magellanic Cloud from SMASH 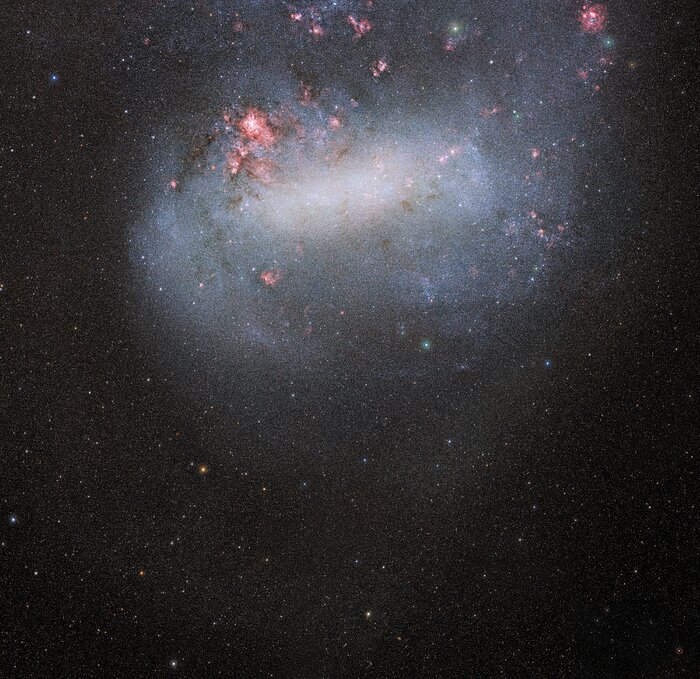 Part of the SMASH dataset showing an unprecedented wide-angle view of the Large Magellanic Cloud. The Large and Small Magellanic Clouds are the largest satellite galaxies of the Milky Way and, unlike the rest of the satellite galaxies, are still actively forming stars — and at a rapid pace. The depth of these survey data can be appreciated by the number of stars visible in the outer regions of the galaxy, as seen in the lower part of the image.