Artist’s impression of a brown dwarf orbiting a white dwarf 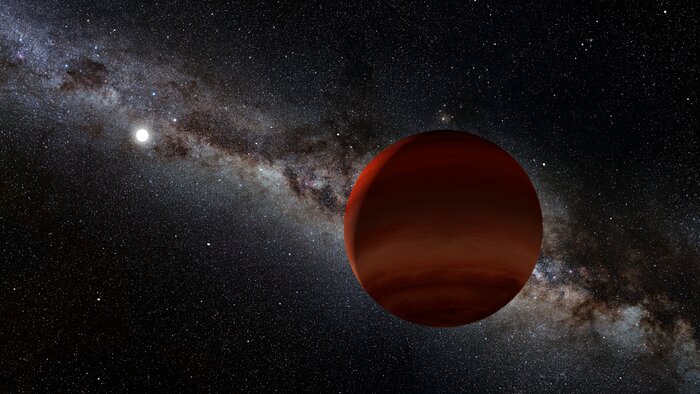 Artist’s impression of one of this study’s superlative discoveries, the oldest known wide-separation white dwarf plus cold brown dwarf pair. The small white orb represents the white dwarf (the remnant of a long-dead Sun-like star), while the brown/orange foreground object is the newly discovered brown dwarf companion. This faint brown dwarf was previously overlooked until it was spotted by citizen scientists, because it lies right within the plane of the Milky Way.