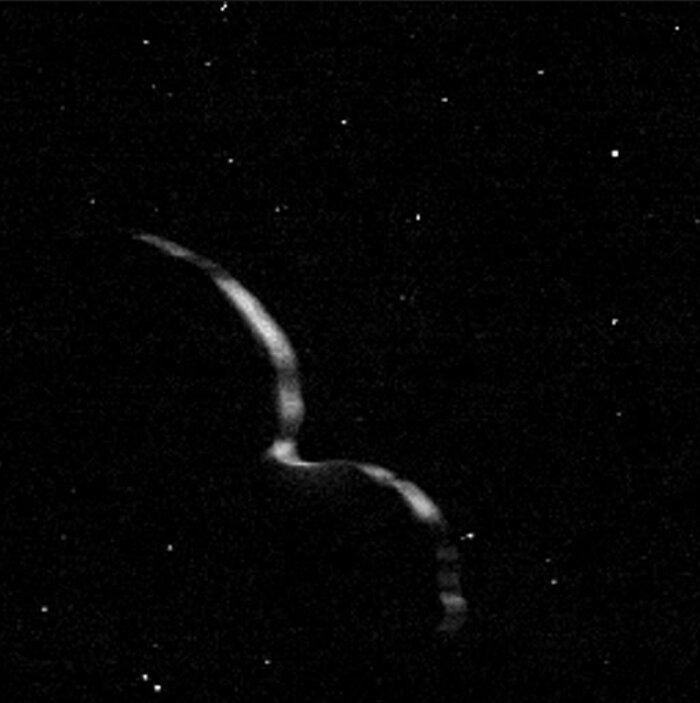 New Horizon’s departing view of Ultima Thule, caught as the spacecraft raced away at 31,000 mph, shows that the Kuiper Belt Object’s shape is actually quite odd. Rather than the “snowman” shape initially reported, it more closely resembles a giant pancake (Ultima) stuck to a dented walnut (Thule). The revelation came from “tracing out" the unlit side of Ultima Thule as it blocked the view to background stars (see animation). NOAO Astronomer Tod Lauer played a critical role in the investigation.