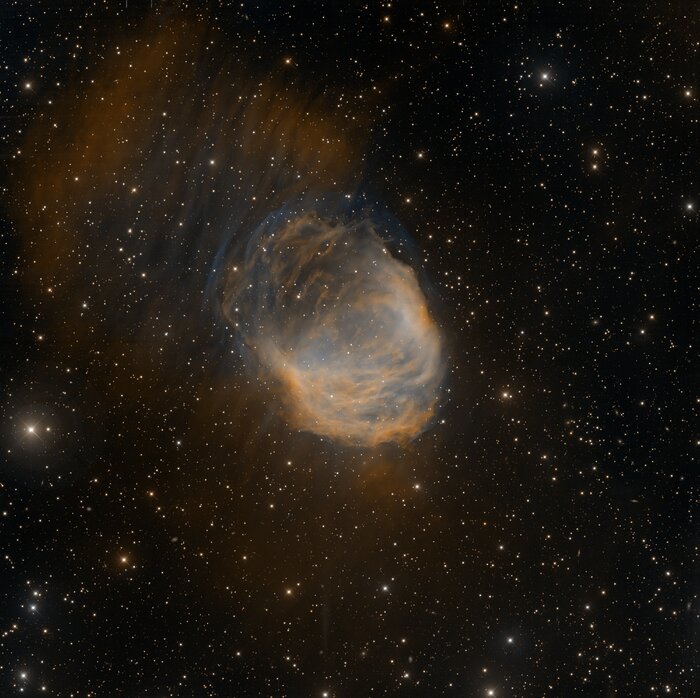 The Medusa nebula, known scientifically as Abell 21, is an old planetary nebula some 1,500 light-years away in the constellation Gemini. It is estimated to be over 4 light-years across. This image was taken on Oct 24th, 2008 at the Mayall telescope with the mosaic camera, with [OIII] (assigned a blue color) and H-alpha (orange) filters This image was released during the 100 Hours of Astronomy webcast, "Around the World in 80 Telescopes" held from April 3-4, 2009, during the International Year of Astronomy 2009. View the recorded event from KPNO. See also this image of NGC 6520 from CTIO, which was also released during the webcast.