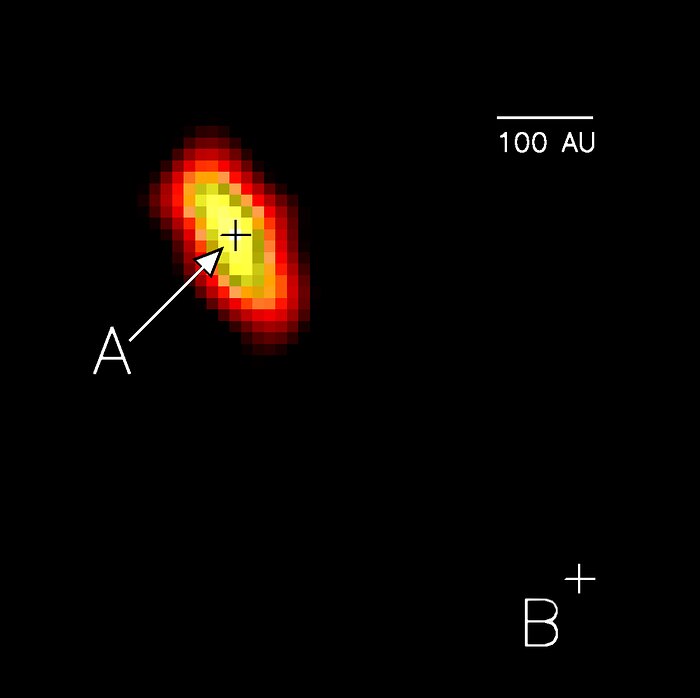 The position of the star A and its companion B are indicated by crosses. The disk is seen at the mid-infrared wavelength of 18.2 micrometers. The emission arises from small solid particles, resembling dust, that are heated by star A's visible and ultraviolet light. The elongated shape of the emission indicates that the disk is seen nearly edge-on. In addition, the disk appears to lie in the orbital plane of the binary star system, since the emission is nearly parallel to the imaginary line connecting A and B. The dust may be in the process of clumping together in the early stages of planet formation.