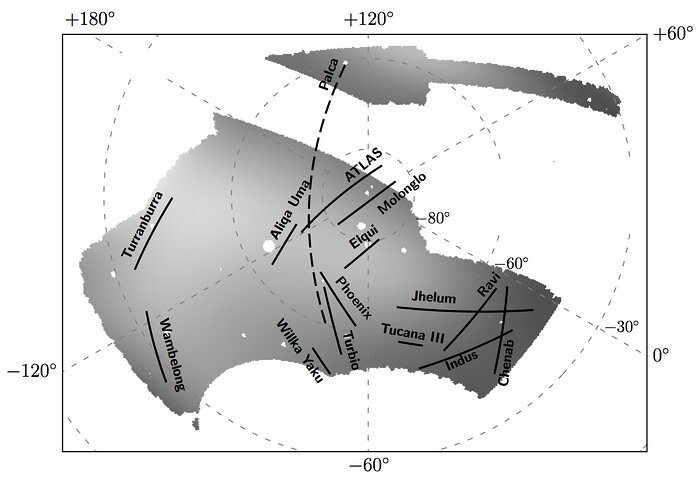 This image shows the full area of sky mapped by the Dark Energy Survey, and the eleven newly discovered stellar streams. Four of the streams in this diagram - ATLAS, Molonglo, Phoenix and Tucana III – were previously known. The others were discovered using the Dark Energy Camera, one of the most powerful astronomical cameras on earth.