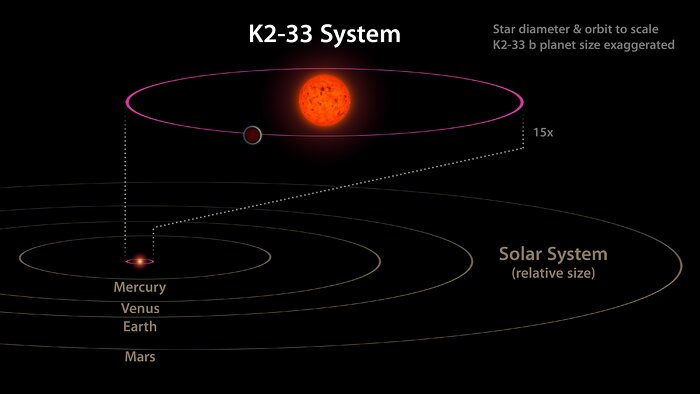 This image shows the K2-33 system, and its planet K2-33b, compared to our own solar system. The planet has a five-day orbit, whereas Mercury orbits our sun in 88 days. The planet is also nearly 10 times closer to its star than Mercury is to the sun.