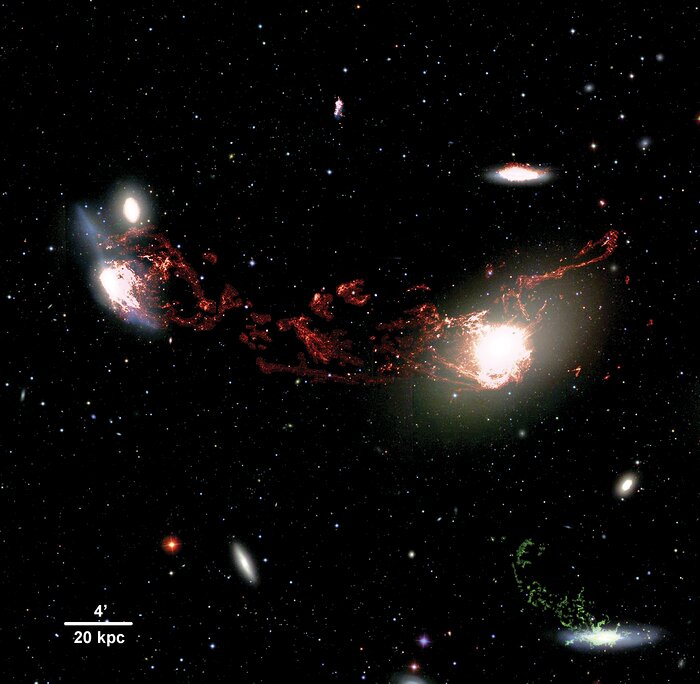 A deep new image of part of the Virgo cluster has revealed monumental tendrils of ionized hydrogen gas 400,000 light-years long connecting the elliptical galaxy M86 (right) and the disturbed spiral galaxy NGC 4438 (left). Taken with the wide-field Mosaic imager on the National Science Foundation’s Mayall 4-meter telescope at Kitt Peak National Observatory using a filter that reveals the light from Hydrogen-alpha emission, the image and related spectroscopic measurements of the filament provide striking evidence of a previously unsuspected high-speed collision between the two galaxies. The red filaments in the image show H-alpha emission with low velocities (similar to the velocities of the two colliding galaxies M86 and NGC 4438). The green filaments seen near the edge-on spiral galaxy in the lower right (NGC 4388) show H-alpha emission with much higher velocities, suggesting that this galaxy might not be related to M86.