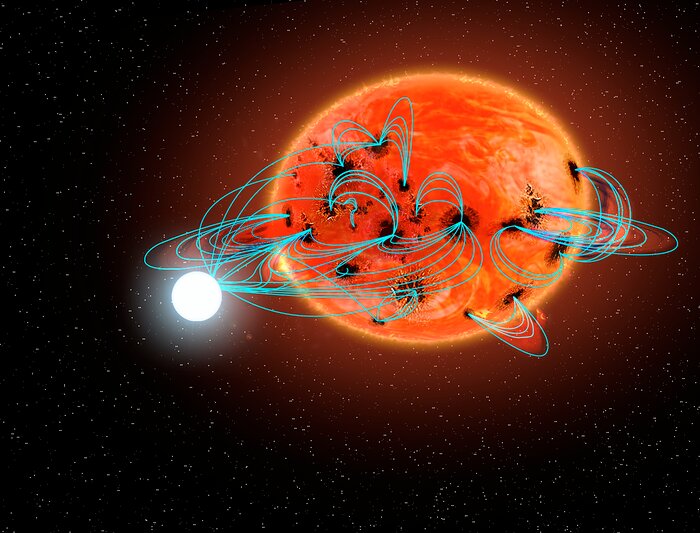 This artist’s concept shows an interacting binary star system known as a polar (or a magnetic cataclysmic variable). The white star is a very dense, highly magnetic white dwarf in which the magnetic poles of the star are not aligned with its rotation axis. The cool, low-mass red star is distorted due to the strong gravity of the much more massive white dwarf. New research has provided the first direct observational evidence that significant stellar activity in the red star (such as large starspots, prominences, and flares) can be induced by interactions with the strong magnetic field of the white dwarf (blue lines), a phenomenon dubbed hyperactivity.