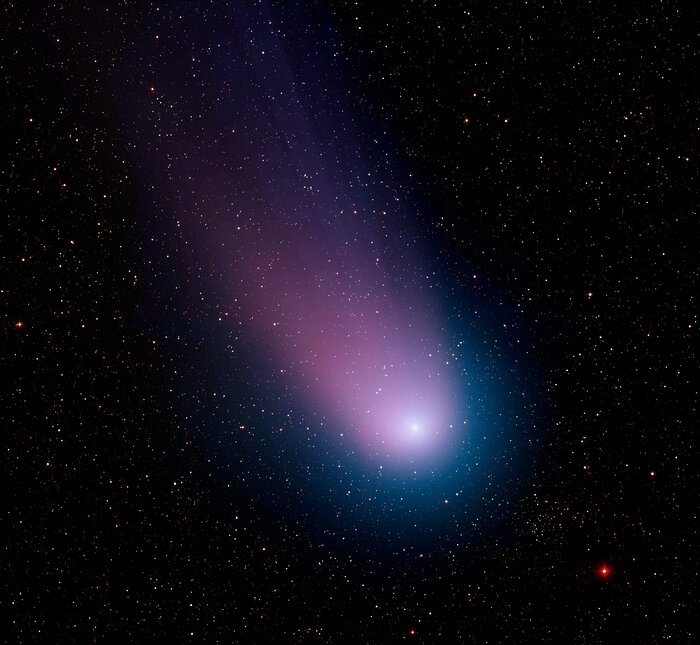 This image of Comet C/2001 Q4 (NEAT) was taken at the WIYN 0.9-meter telescope at Kitt Peak National Observatory near Tucson, AZ, on May 7, 2004. The image was taken with the Mosaic I camera, which has a one-square degree field of view, or about five times the size of the Moon. Even with this large field, only the comet’s coma and the inner portion of its tail are visible. This color image was assembled by combining images taken through blue, green and red filters. This image is the subject of NOAO Press Release 04-04.