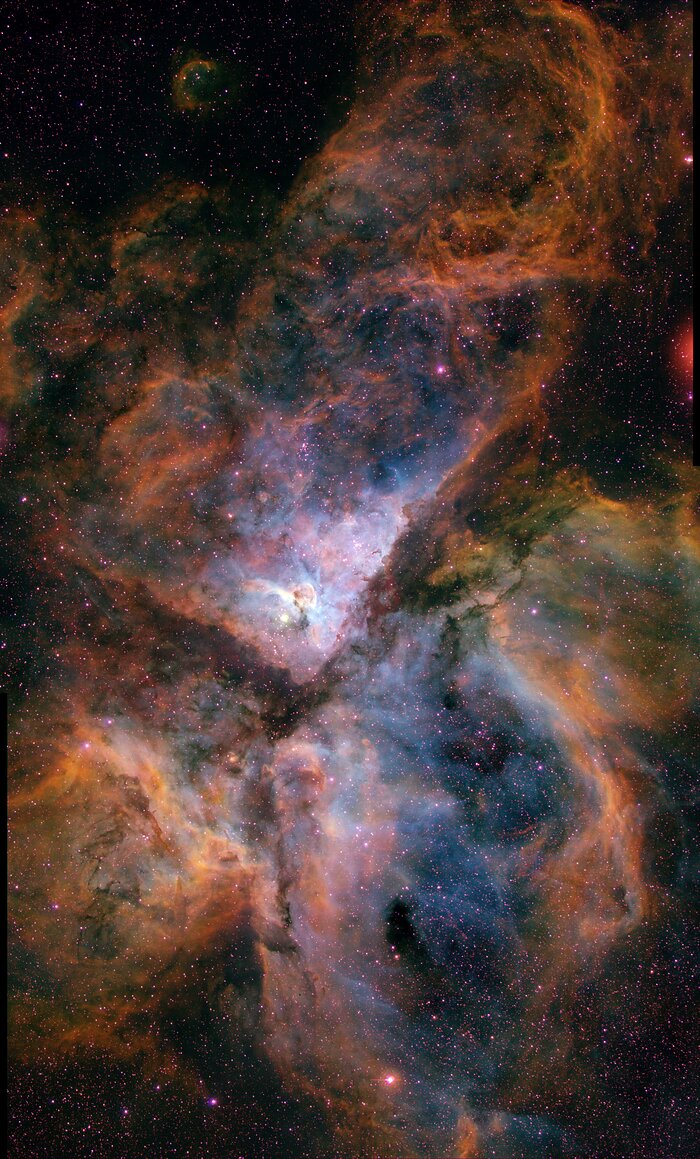 This image shows a giant star-forming region in the southern sky known as the Carina Nebula (NGC3372), combining the light from 3 different filters tracing emission from oxygen (blue), hydrogen (green), and sulfur (red). The color is also representative of the temperature in the ionized gas: blue is relatively hot and red is cooler. The Carina Nebula is a good example of how very massive stars rip apart the molecular clouds that give birth to them. The bright star near the center of the image is Eta Carinae, which is one of the most massive and luminous stars known. This picture is a composite of several exposures made with the Curtis Schmidt telescope at the Cerro Tololo Interamerican Observatory. We also have a broad-band optical image, approximately true color, made photographically with the Curtis Schmidt.