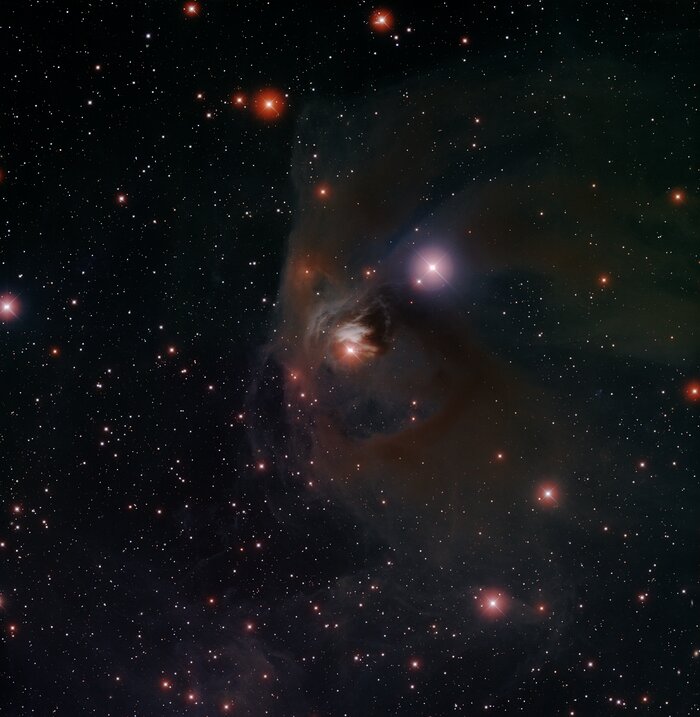 T Tauri is a famous variable star in the constellation of Taurus. In this image, it is the star at the center of the image, embedded in dust and gas. The nebula itself is known as NGC 1555. T Tauri is the prototype for a class of stars (known collectively as "T Tau stars") that are notable because they are very young stars in the process of forming. These stars have just recently emerged from the dense dust and gas "cocoons" from which they formed.