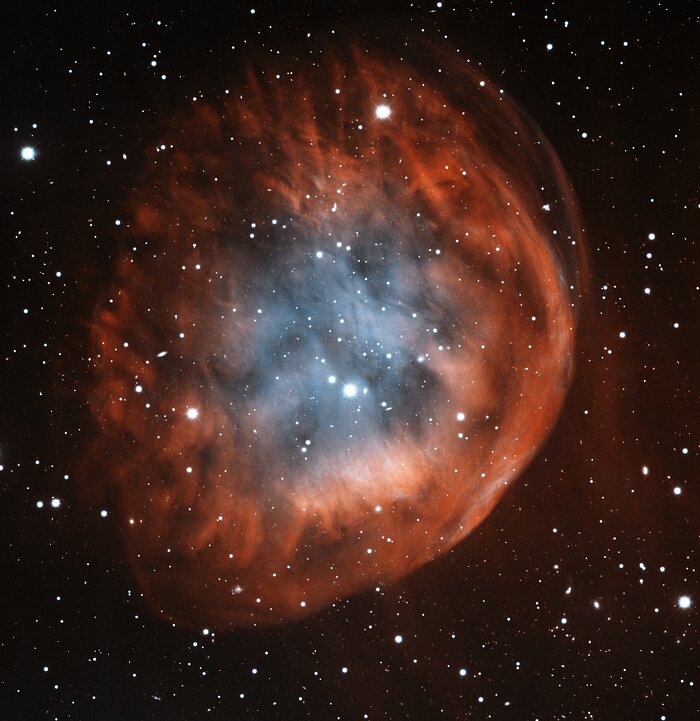 This image was obtained with the wide-field view of the Mosaic camera on the Mayall 4-meter telescope at Kitt Peak National Observatory. Sh2-290 is an ancient planetary nebula. A planetary nebula is created when a low-mass star blows off its outer layers at the end of its life. Sh2-290 is one of the largest known planetary nebulae, with a diameter of about 7 parsecs. The bluish interior is from energized oxygen atoms. The bright side of the nebula is due to its interaction with ambient interstellar gas. The image was generated with observations in Hydrogen-alpha (red) , Sulphur [SII] (cyan) and Oxygen [OIII] (blue) filters. In this image, North is left, East is down.