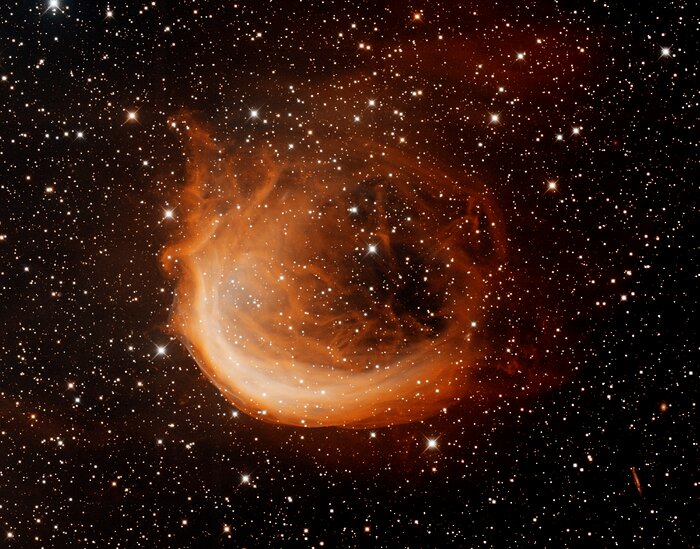 This image shows off the impressive imaging capabilities of the new CCD detectors in the Mosaic 1.1 camera on the Mayall 4-meter telescope at Kitt Peak National Observatory. The image is of Sharpless 2-188 (Sh2-188), an unusual planetary nebula located in the constellation Cassiopeia. The expanding gas from the planetary nebula is colliding with ambient gas in the interstellar medium. The nebula is nearly circular in shape but is much brighter to the southeast (lower left) because the central star is moving rapidly in that direction. Faint wisps of gas can also be seen in the opposite direction. The image was generated with deep observations in the Hydrogen alpha filter (red) and the Oxygen [OIII] filter (cyan). In this image, North is up and East is to the left.