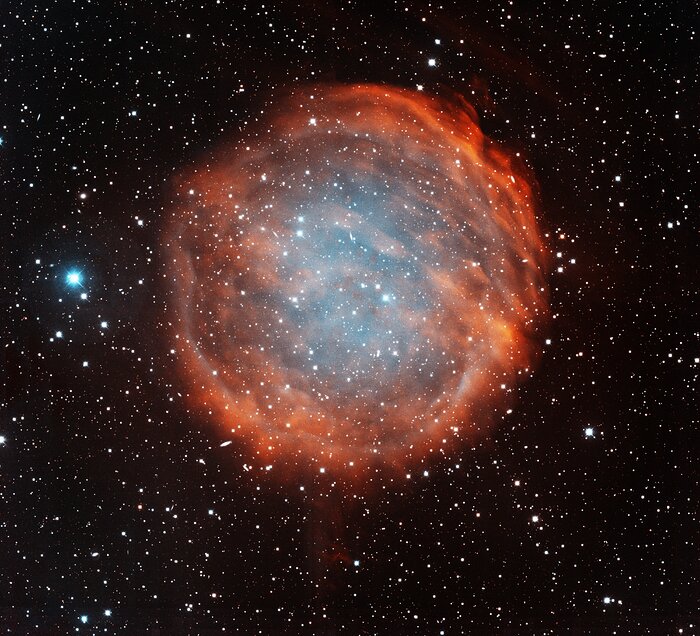 This image was obtained with the wide-field view of the Mosaic camera on the Mayall 4-meter telescope at Kitt Peak National Observatory. PuWe 1 is one of the largest and faintest planetary nebula known to exist. The nebula was created when a red giant star blew off its outer layers near the end of its life. The gas is energized by the remaining core of the star, which is called a white dwarf. However it is very faint due to its large size. As planetary nebulae expand they become fainter because the gas moves further from the white dwarf that energizes it. The image was generated with observations in Hydrogen alpha (red) and Oxygen [OIII] (blue) filters. In this image, North is left, East is down.