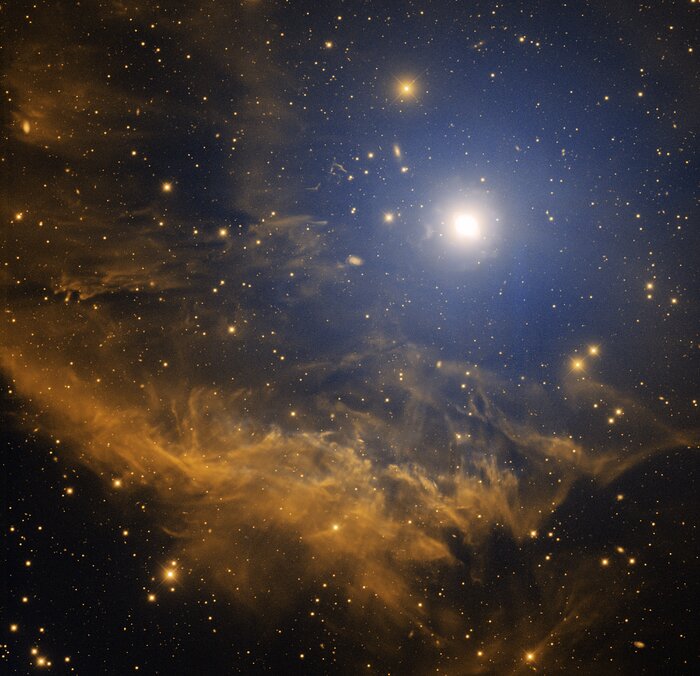 This image was obtained with the wide-field view of the Mosaic Camera on the Mayall 4-meter telescope at Kitt Peak National Observatory on December 15th, 2006. This wide-field image shows the extended cloud of gas near the planetary nebula NGC 3242. Also known as the “Ghost of Jupiter”, NGC 3242 is the bright object just to the upper-right from the center of the image. The nature of the extended nebulosity is not yet known. It may either be a shell of gas that was ejected by NGC 3242 when it was a red giant star. Or it may also be a nearby cloud of interstellar gas that is being illuminated by the planetary nebula. It was observed in the narrowband filters of Oxygen [OIII] (blue) and Hydrogen-Alpha (orange). North is to the left, East is down.