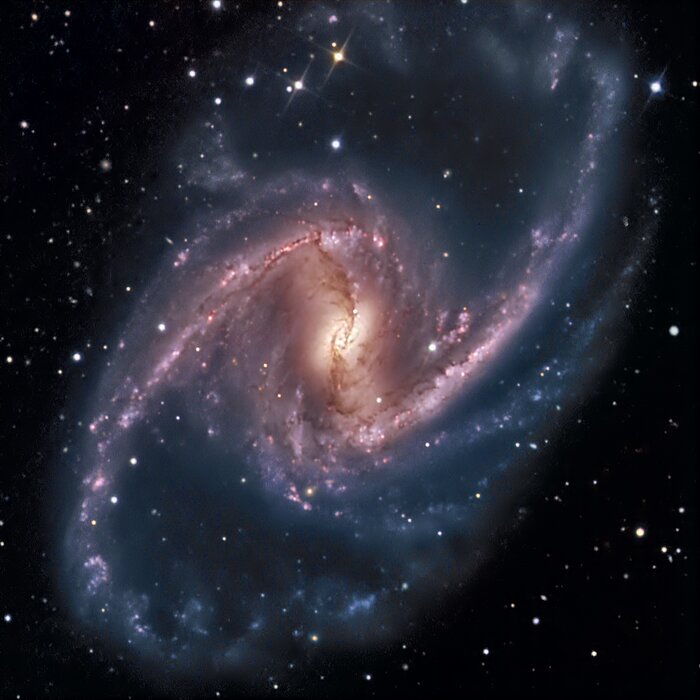 NGC1365 is a giant Seyfert type galaxy in Fornax with a diameter of 200,000 light years. It is arguably the most prominant barred spiral in the sky. The bar rotates clockwise with velocities in the nucleus of 2000 km/sec resulting in one rotation in 350 million years. The knots seen along the bar are areas of intense star formation which occurs because the bar funnels material into this area to trigger star formation. It is thought that the nucleus contains a super massive black hole among the dust lanes visible in the image.