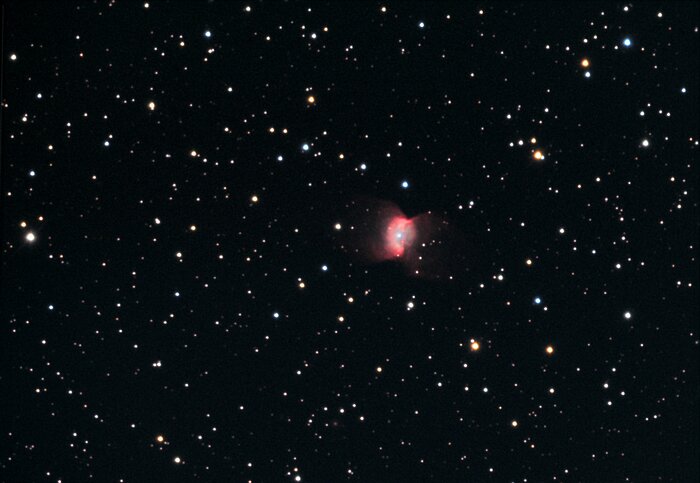 Butterfly in the sky.....but why? It is thought that this intriguing shape was formed by two different processes. First of all there are two stars that play the "starring" role. This pair used to orbit one another at a casual distance, but then one of them evolved into a red giant star and enveloped the other one. This means the swallowed star orbited inside of the red giant! This process both caused the two to move close together and eject a ring of gas in the process. Then strong winds from the stars blew gas perpendicular to the ring to form the wings of the "butterfly." Currently these two stars are so close they orbit each other in a period of 16 days. NGC 2346 is between 2000-3000 light years away (and perhaps 1/2 light year in extent).