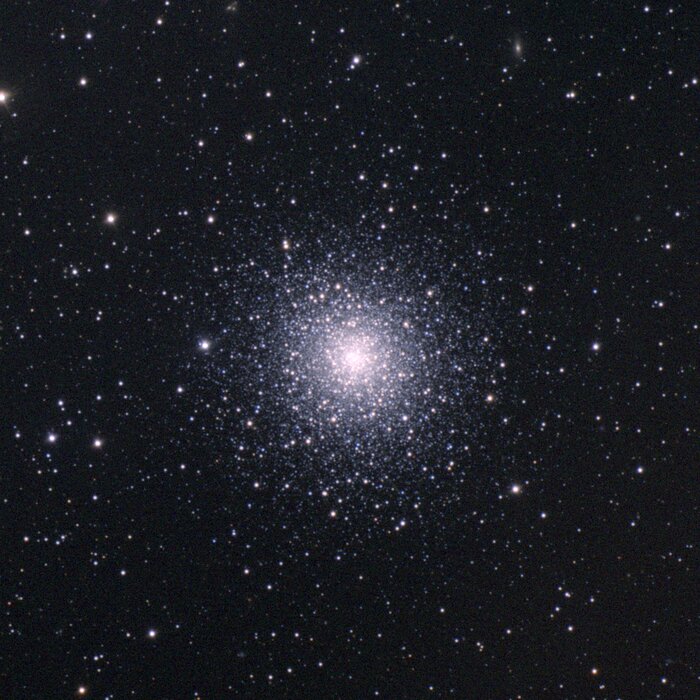 M92 is a globular cluster in the constellation Hercules, slightly further away and a little younger than its near neighbor M13. M92 is about 28000 light-years away, over 100 light-years across, and approximately 15 billion years old. It's even visible to the naked eye under excellent sky conditions. This approximately true-color picture was created from images taken in June 1996 using BVR colors, at the Burrell Schmidt telescope of Case Western Reserve University's Warner and Swasey Observatory located on Kitt Peak, near Tucson, Arizona, during the Research Experiences for Undergraduates (REU) program operated at the Kitt Peak National Observatory and supported by the National Science Foundation. Image size 28.8 arc minutes.