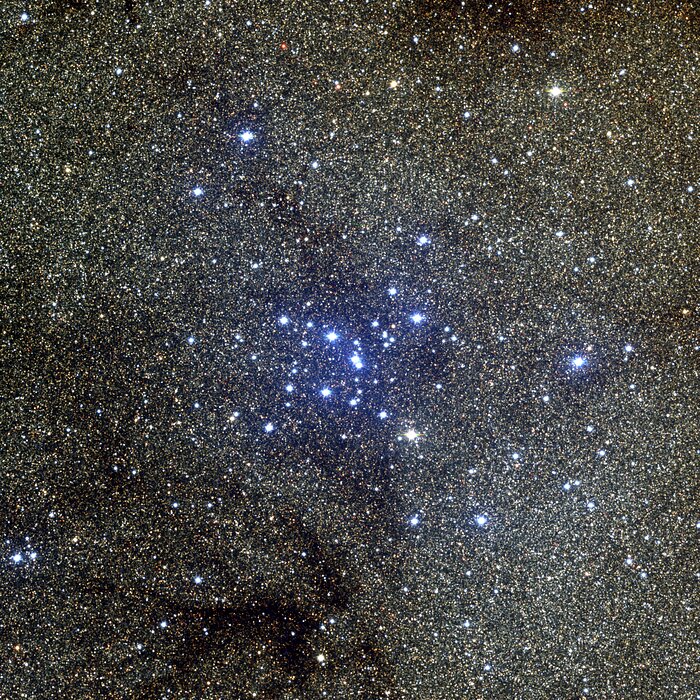 M7 is an open star cluster in the constellation Scorpius, set against the dramatic backdrop of the Milky Way, stars scattered like dust. This provides an interesting contrast with its near neighbor M6. M7 was known as early as the year 130 AD (or 130 CE), when it was mentioned by Ptolemy. At its (uncertain) distance of 800 light-years, M7's 80-odd stars spread over some 20 light-years and are in excess of 200 million years old. Recent work suggests a distance of 1000 light-years, which increases the size to 25 light-years but does not affect the age. This color composite was created from CCD images taken at the Burrell Schmidt telescope of the Warner and Swasey Observatory of the Case Western Reserve University, located on Kitt Peak in southwestern Arizona. The contributing images were taken in June and July of 1995 during the Research Experiences for Undergraduates (REU) program operated at the Kitt Peak National Observatory and supported by the National Science Foundation.