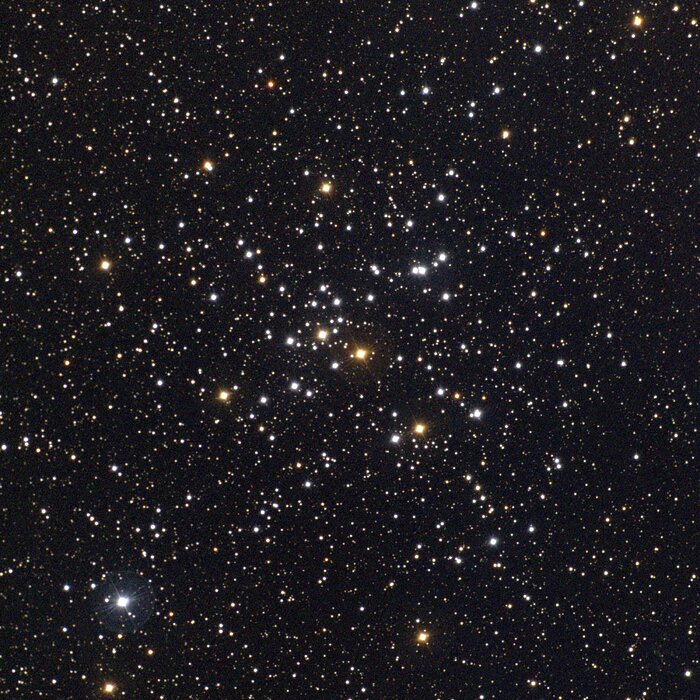 M41 is an open cluster in the constellation Canis Major. It contains only about one hundred stars, including several bright red giants (which appear orange, as do all red giants). The bright star in the SE corner (lower left) is a foreground blue giant, not part of the cluster. Roughly 2300 light-years away and around 25 light-years across, M41 is about 200 million years old. This approximately true-color picture was created from eleven images taken in September 1997 using BVR colors, at the Burrell Schmidt telescope of Case Western Reserve University's Warner and Swasey Observatory located on Kitt Peak, near Tucson, Arizona. Image size 42.3 arc minutes.