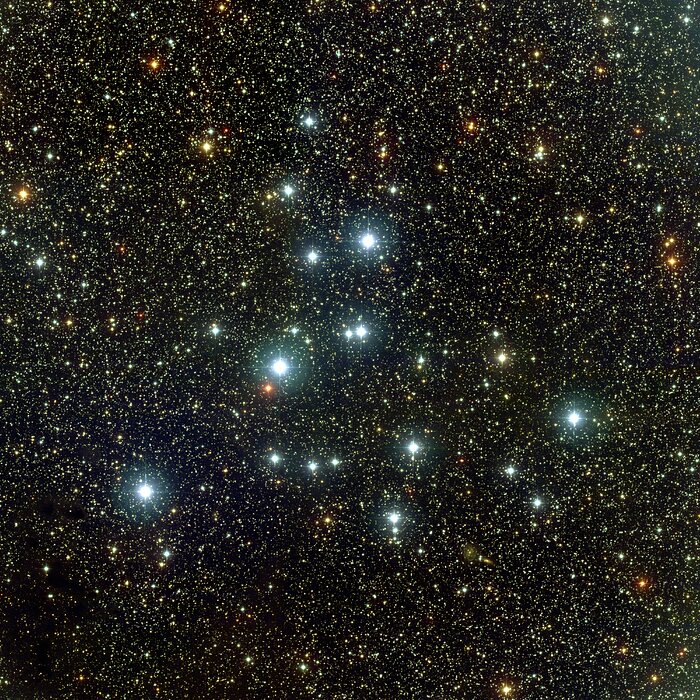 M39 is a loose, widely spaced open cluster in the constellation Cygnus. Quite close to Earth at about 800 light-years away, M39 has around 30 members and is two to three hundred million years old. This picture is a combination of 33 dithered frames in BVR colors taken with the Mosaic camera at the WIYN 0.9-meter telescope on Kitt Peak, near Tucson, Arizona, on the night of September 15th, 2003. This camera uses eight separate CCD detectors to cover a large area of the sky, but requires small dither motions between multiple exposures to fill in the gaps between the individual chips.