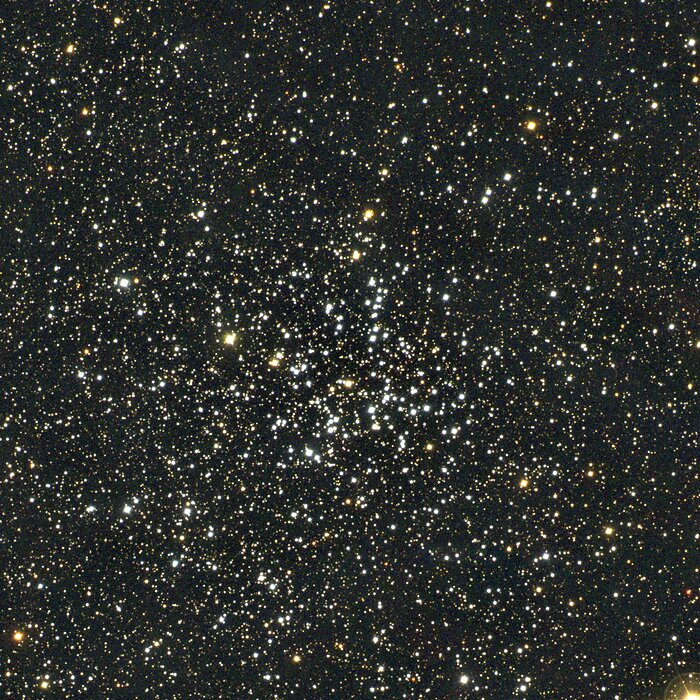 M38 is an open cluster in the constellation Auriga. Of intermediate age (about 200 million years) and somewhat over 4000 light-years away, M38 lies close to M36 and M37 on the sky and was discovered by several people before Messier added it to his list. More fanciful eyes consider that its brightest stars form a pattern resembling an oblique cross, or the Greek letter pi. This approximately true-color picture was created from twelve images taken in January 1997 using BVR colors, at the Burrell Schmidt telescope of Case Western Reserve University's Warner and Swasey Observatory located on Kitt Peak, near Tucson, Arizona. Image size 47.4 arc minutes.