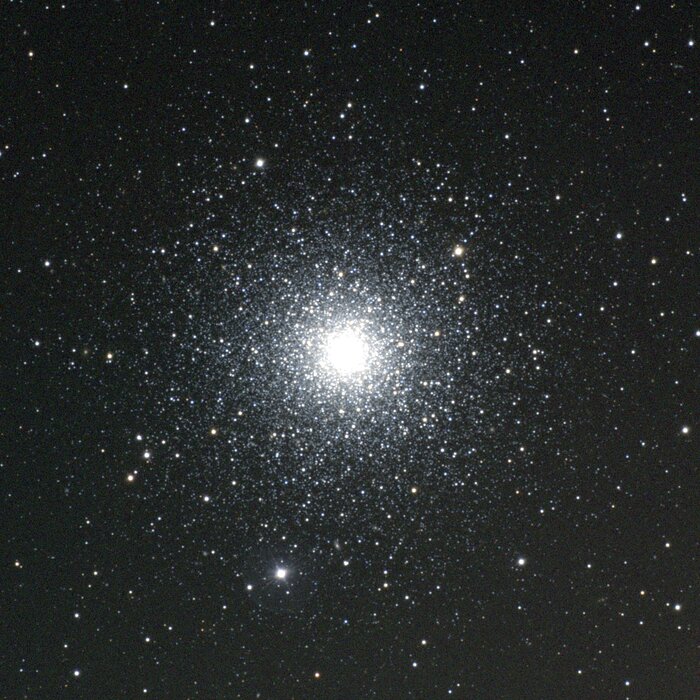 M3, or NGC5272, is a sixth magnitude globular cluster in the constellation Canes Venatici. A fairly striking globular of about half a million stars, M3 was Messier's first previously uncatalogued object, and probably the impetus for his systematic search leading to the Messier Catalog. This picture was made from CCD images taken at the Burrell Schmidt telescope of the Warner and Swasey Observatory of the Case Western Reserve University, located on Kitt Peak in southwestern Arizona. The contributing images were taken in June 1996 during the Research Experiences for Undergraduates (REU) program operated at the Kitt Peak National Observatory and supported by the National Science Foundation.