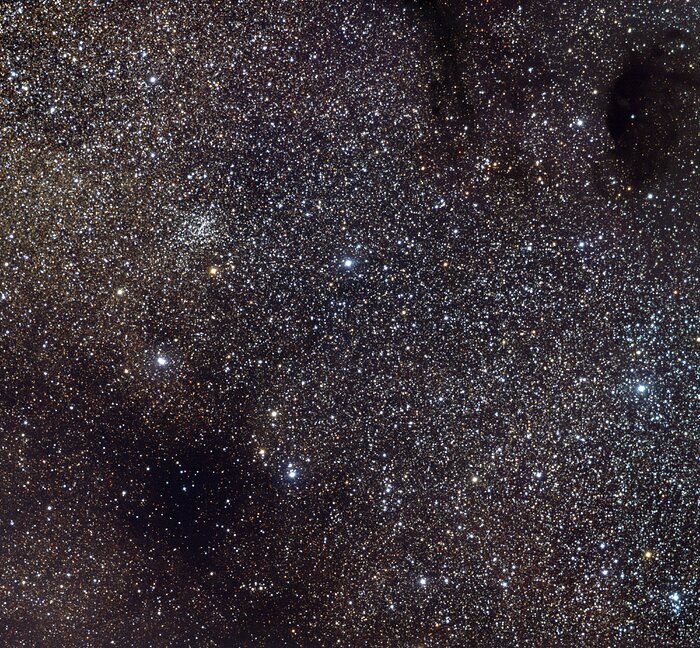 M24 is something of an oddity, listed in Messier's original catalog as a large "nebulosity" a degree and a half across, and comprising a superposition on the sky of many stars spread out at different distances along our line of sight. It forms part of the Sagittarius spiral arm of our Galaxy. This picture shows most of the central region of the cloud, including the small open star cluster, NGC6603 (upper left). To the NW (upper right) are the two dark nebulae Barnard 92 and 93. This picture is a mosaic of seven frames taken in the BVR pass-bands in June 1996 at the Burrell Schmidt telescope of Case Western Reserve University's Warner and Swasey Observatory located on Kitt Peak, near Tucson, Arizona, during the Research Experiences for Undergraduates (REU) program operated at the Kitt Peak National Observatory and supported by the National Science Foundation, along with a further nine frames taken in September 1997 at the same facility.