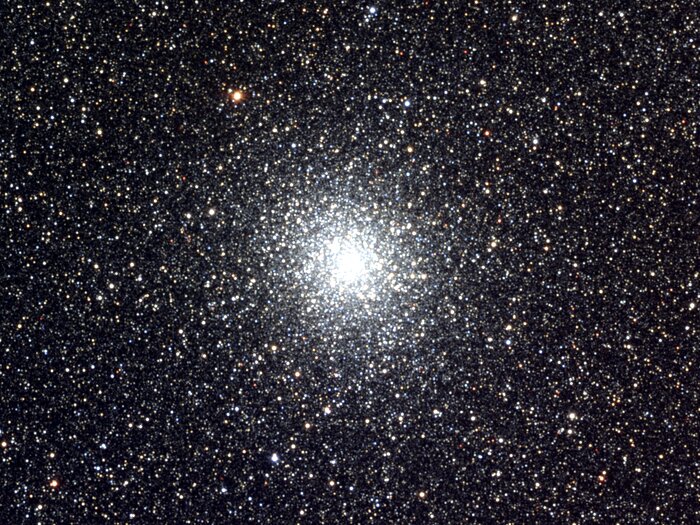 M22, or NGC6656, a globular cluster in the constellation Sagittarius. A conspicuous naked eye object, M22 is the brightest globular cluster visible from the northern hemisphere. As such, it seems to be the first known globular, having been observed by A.Ihle in 1665. It also appears in John Bevis' Uranographia Britannica. About 10000 light-years from us, M22 is about 65 light-years across. This color picture was made from CCD images taken in June 1995 at the Burrell Schmidt telescope of the Warner and Swasey Observatory of the Case Western Reserve University, located on Kitt Peak in southwestern Arizona, during the Research Experiences for Undergraduates (REU) program operated at the Kitt Peak National Observatory and supported by the National Science Foundation.