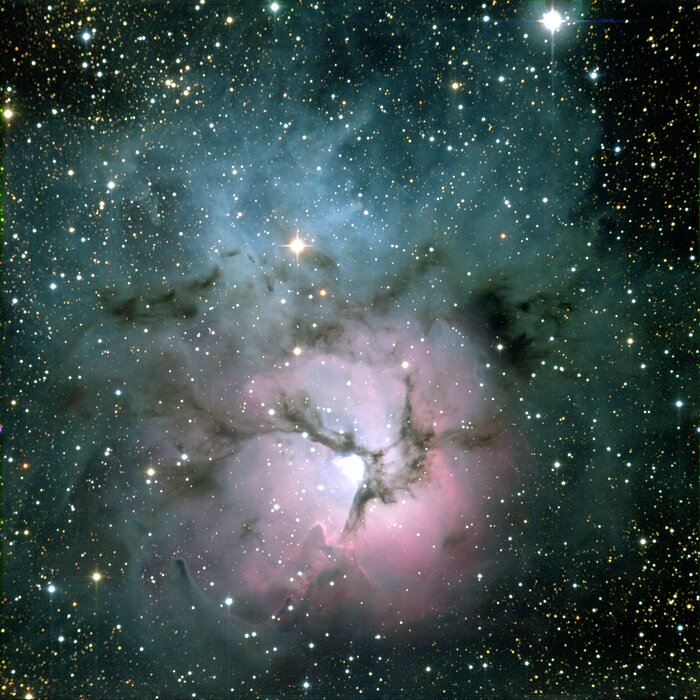 The Trifid Nebula, M20 or NGC6514, is a familiar sight and an excellent example of an emission and reflection nebula. The red emission nebula contains a bright blue star cluster near its center: it glows red because the ultraviolet light of the stars ionizes the hydrogen gas, which then recombines and emits the characteristic red hydrogen-alpha light. Further out, when the radiation from these hot young stars becomes too weak to ionize hydrogen, the gas and dust instead glows by reflecting the original blue light. M20 is in the constellation of Sagittarius, at a poorly-known distance somewhere between 2200 and 7600 light-years. We also have a deep black and white image from the KPNO Mayall 4-m telescope. M20 is quite close on the sky to the open cluster M21, as shown in this lower resolution but wider field picture.