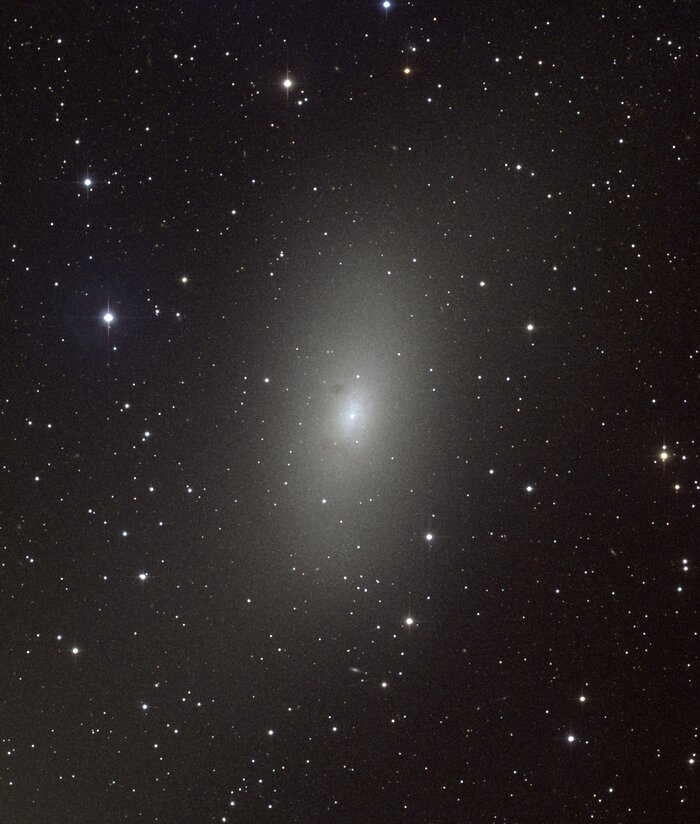 M110 is the second small companion (along with M32) to our sister galaxy, M31, the Andromeda Nebula. It is classified as type E5 or E6, often with the additional "p" for peculiar because of the structure clearly visible in this short exposure image, which is probably due to dust clouds. Because of its small size, it is usually counted as a dwarf spheroidal rather than a normal elliptical. Although it was definitely discovered by Messier and sketched by him, it was not included in his list (perhaps due to carelessness), and was the last object to be added (in 1966). The present picture is a color composite of CCD images from the 0.9-meter telescope of the Kitt Peak National Observatory, near Tucson, Arizona. A deeper exposure showing more of the outer regions of the galaxy appears in this picture of all three of M31, M32 and M110.