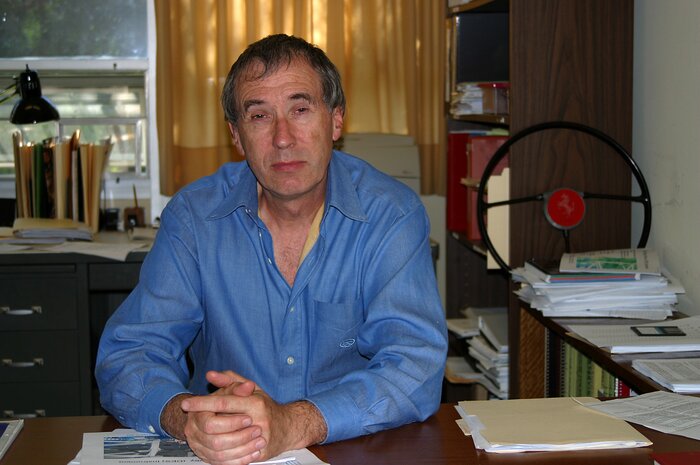 Dr. Alistair Walker was selected as the 6th director of Cerro Tololo Inter-American Observatory (CTIO), in La Serena, Chile, in November 2003. Walker, 55, served as deputy director of CTIO since 2000, and has been a member of its scientific staff since 1987. Before that, he spent seven years at the South African Astronomical Observatory (SAAO), after being a junior staff member at CTIO from 1977-1979.

Credit:
D. Isbell and NOIRLab/NSF/AURA/
Usage of NOIRLab Images and Videos
Are you a journalist? Subscribe to the NOIRLab Media Newsletter.