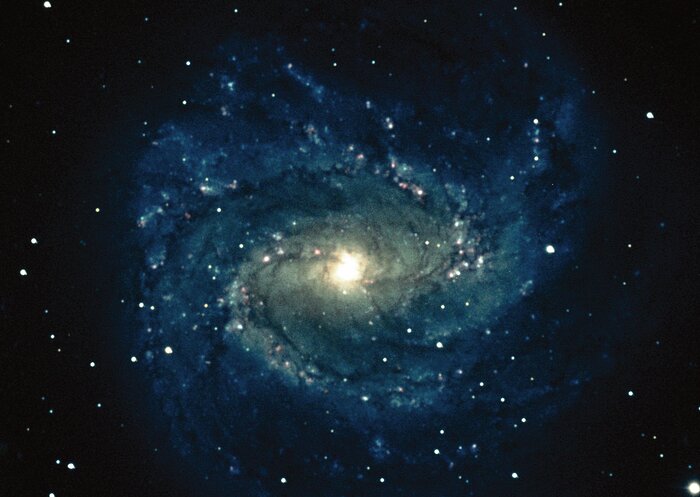 M83, NGC5236, the `Southern Pinwheel' galaxy, is a type Sc spiral galaxy in the constellation Hydra. The galaxy has two principal arms and a third, fainter one. There has been a remarkable number of supernovae in M83 within less than a century - at least four since 1923 - compared to the theoretical incidence of one per 300 years. This is still a subject of current research and uncertainty. M83 is 10 million light-years away and thirty thousand light-years across. This picture was taken using color film directly at the Kitt Peak 4-meter telescope in 1973. This is unusual: normally color images are made by combining black and white images taken through different colored filters. Photograph by Bill Schoening.