The Great 2020 Conjunction from KPNO 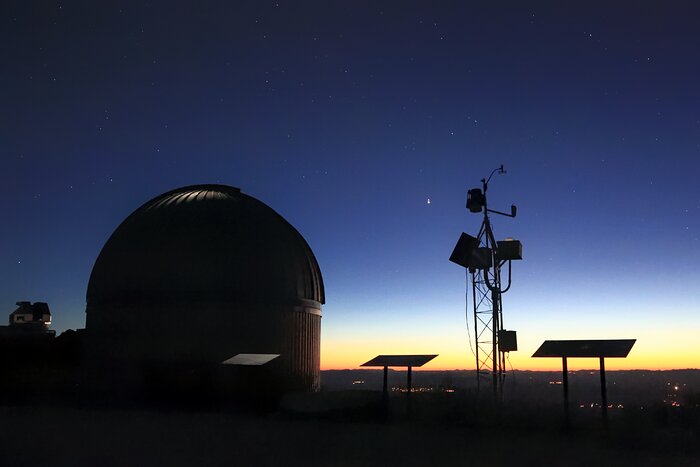 In December 2020 Jupiter and Saturn appear closer in the sky to one another in the nighttime sky than they have for 800 years! Seen from Earth, Jupiter and Saturn seem to be on top of each other, but the two planets are actually 734 million kilometers (456 million miles) apart. An event such as this, when the two largest gas giant planets in our Solar System pass close to each other in the sky, is known as a great conjunction.  This photo was taken at the SARA-North Telescope at Kitt Peak National Observatory 20 December 2020