A Blanket of Light 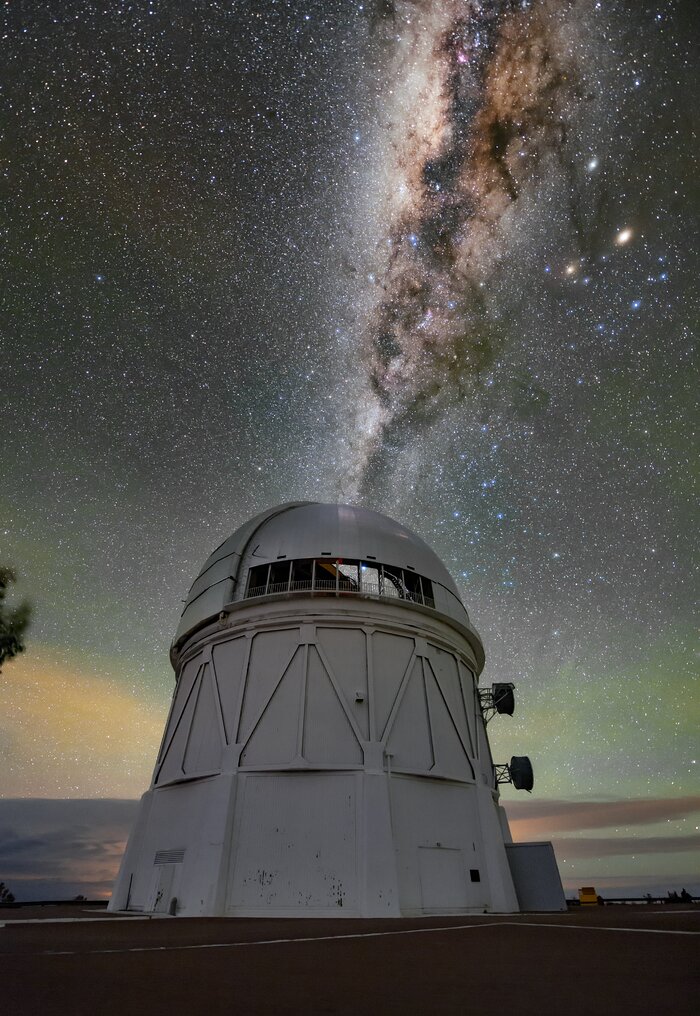 The Víctor M. Blanco 4-meter Telescope at Cerro Tololo Inter-American Observatory, a Program of NSF’s NOIRLab, in Chile is shown here juxtaposed against the bright Milky Way in the background. The green light above the clouds in this image is airglow, an atmospheric phenomenon caused when trace particles and gasses in the atmosphere become electrically charged or ionized. Their atoms release their own light when they recombine at night and create a faint glow. The glow is so faint that it’s rare to see airglow with the naked eye — it’s easier to capture it in long-exposure photos like this Image of the Week. Airglow is one reason why the night sky is never truly dark even in places far from light pollution. However, its presence alone generally doesn’t cause major problems when astronomers observe the sky at night.