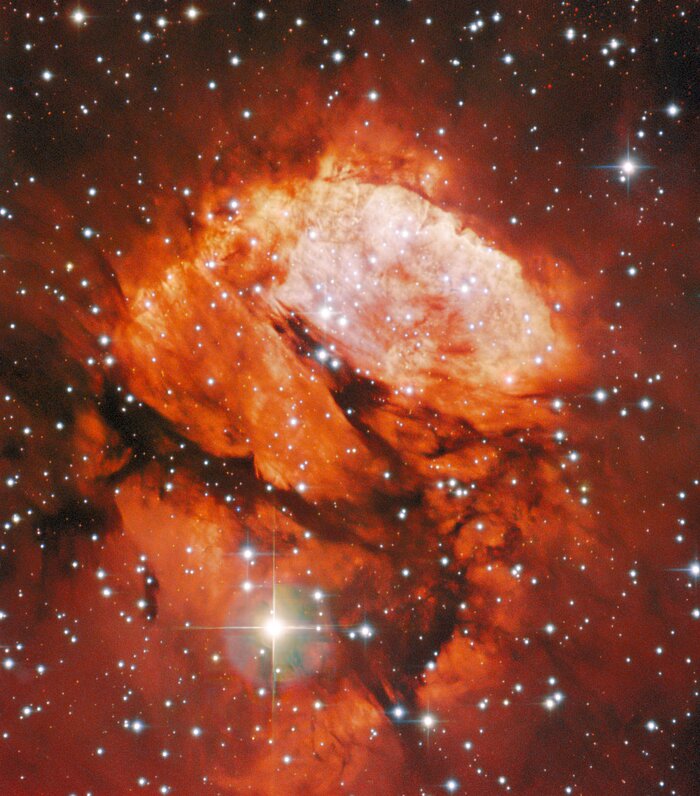 RCW 120, also known as Sharpless 2-3, is an emission nebula and star-forming region located in the constellation Scorpius, about 4300 light-years away from Earth. The glowing nebula was captured here by the SMARTS 0.9-meter Telescope at Cerro Tololo Inter-American Observatory (CTIO), a Program of NSF’s NOIRLab.

This HII region shines in the red color of ionized hydrogen gas. Immense heat generated from young, massive stars within energizes the gas, that then releases light in deep red and infrared wavelengths. The dark lanes in the nebula are less energized areas and thus do not appear to glow despite being made of the same material. Within the gas, bright stars are a common sight in emission nebulae, and are responsible for fusing together light elements to form many of the heavier elements in the cosmos, such as silicon and iron. RCW 120, however, houses an unusual embryonic star – one that is expected to become one of the brightest in our galaxy.