The Colors of the Night Sky 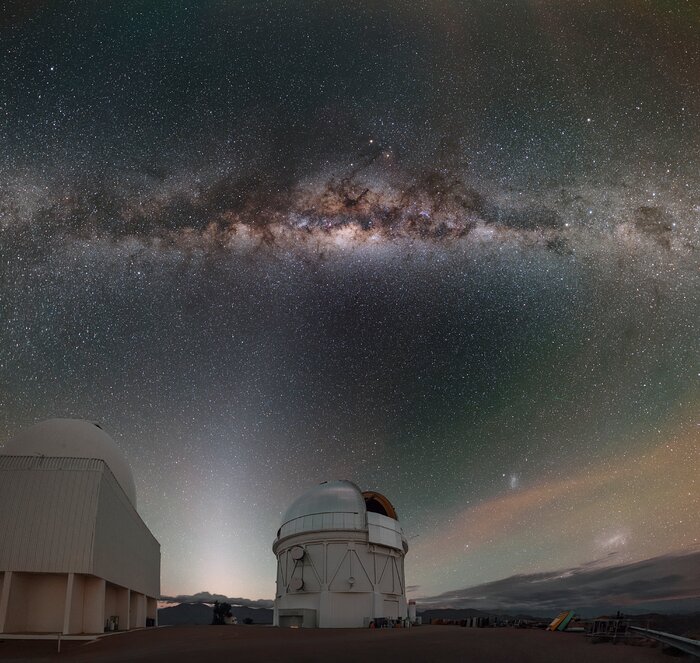 A remarkable array of colors is visible in the night sky over Cerro Tololo Inter-American Observatory (CTIO), a Program of NSF’s NOIRLab, in this image. We tend to assume that the night sky should be inky black and punctuated by stars, although it is rarely visible in cities and other highly-populated areas because of light pollution from artificial, man-made light. Interestingly, however, the night sky is not actually pitch black in the absence of light pollution. It instead reveals a beautiful array of subtle colors that arise from various phenomena. Most of the color in this image is due to red and green airglow, which is the term used to describe the slight brightening of the night sky caused by chemical reactions taking place in Earth’s atmosphere.