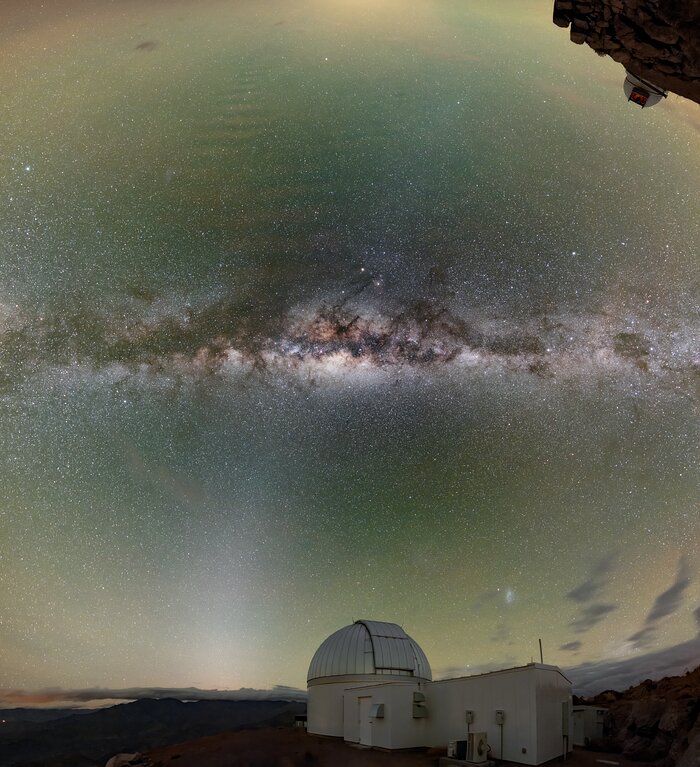 The sky above Cerro Tololo Inter-American Observatory (CTIO), a Program of NSF’s NOIRLab, is aglow with color in this image. The bright region at the center of this image is the heart of the Milky Way galaxy, which lies approximately 26,000 light-years from Earth. As well as stars and dark dust lanes, our home galaxy’s heart contains a colossal black hole, roughly 4 million times as massive as the Sun.

Though the heart of the Milky Way is a spectacular sight, the majority of the colors in this image arise much closer to home. As well as the tint of airglow around the horizon of the image, zodiacal light stretches from the horizon towards the center of the image. Zodiacal light — also called false dawn — is caused by sunlight reflecting from small particles in the Solar System’s interplanetary dust cloud. The combination of airglow, zodiacal light, and other atmospheric phenomena means that the night sky is never truly dark — even at professional observatories such as CTIO.