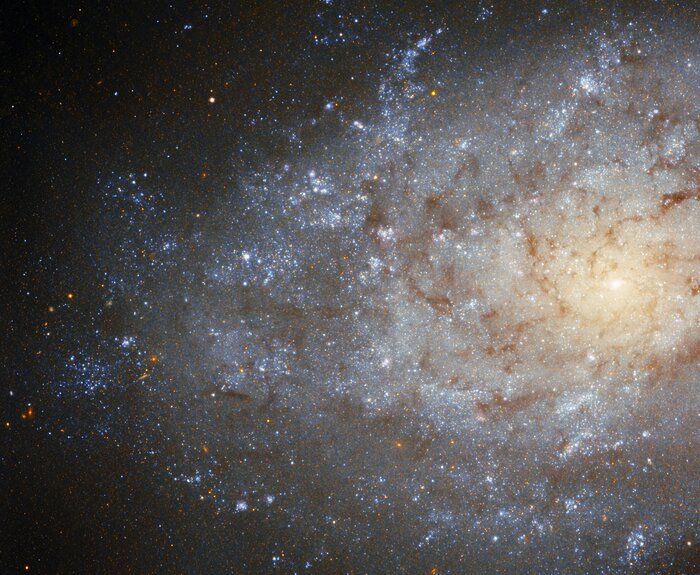 This observation from the international Gemini Observatory — a Program of NSF’s NOIRLab — showcases a flocculent spiral galaxy that lies nearly 12 million light-years away in the constellation Sculptor. The word flocculent means “fluffy” or “wooly,” and refers to these galaxies’ strangely tufty appearance when compared to the elegant spiral arms of galaxies such as Andromeda.

The constellation Sculptor lies close to the south Galactic pole. This means that celestial objects within Sculptor — such as NGC 7793 — can be studied by telescopes in Earth’s southern hemisphere, like Gemini South. From its mountaintop perch in the Chilean Andes, Gemini South has a spectacular view of intriguing southern-sky objects such as NGC 7793, the Magellanic Clouds, and the center of the Milky Way.