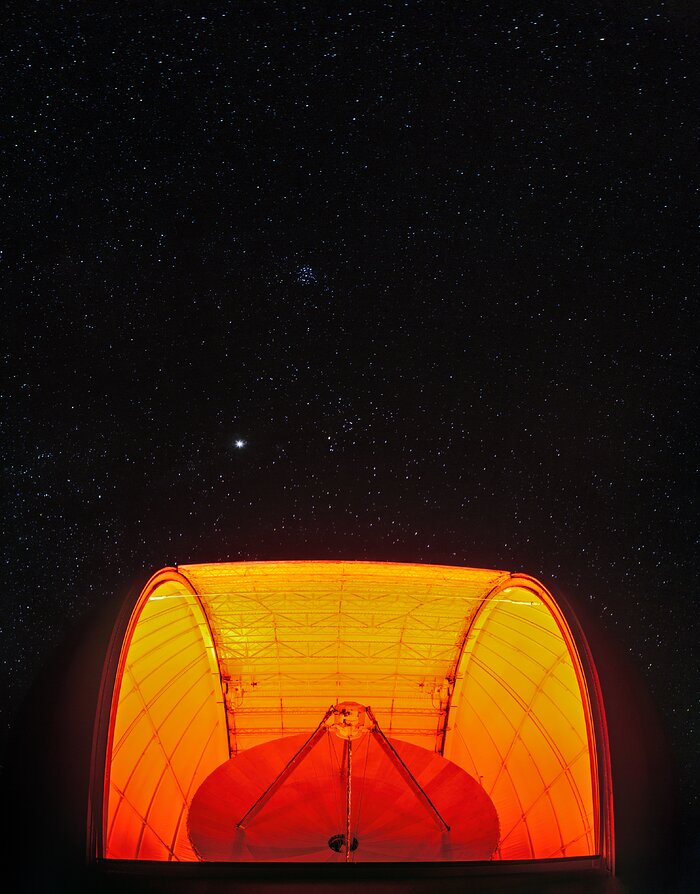 An eerily lit radio telescope observes a starry sky in this image from Kitt Peak National Observatory (KPNO), a Program of NSF’s NOIRLab. Telescopes that probe the Universe at radio wavelengths, such as the one shown here, are blind to visible light. This means that they can be illuminated during operation — making them spectacular subjects for astrophotography!

The telescope in this image is the UArizona ARO 12-meter Telescope, a prototype dish for the huge ALMA array in Chile’s Atacama Desert. KPNO hosts a diverse collection of telescopes, with more than 20 optical telescopes and two radio telescopes from a variety of universities and research organizations.