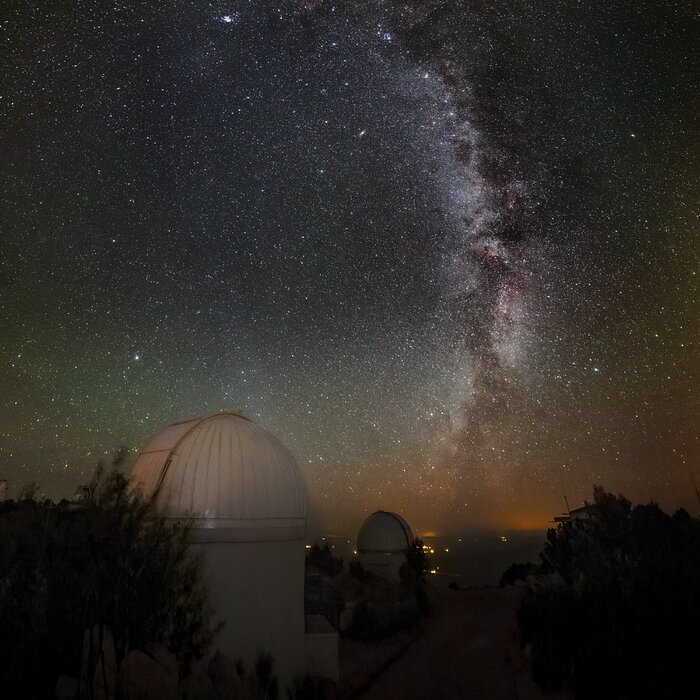 The star-studded arch of the Milky Way dominates this striking skyscape from Kitt Peak National Observatory (KPNO), a Program of NSF’s NOIRLab. The subtle tones of airglow also lend some color to the image, and are visible as the shades of green and orange surrounding the domes.

At the time of Kitt Peak’s construction in the late 1950s, many US observatories suffered from encroaching city lights and cloudy skies. Kitt Peak’s mountaintop location in Southern Arizona solved both problems, and was consequently chosen from more than 150 potential observing sites on mountain ranges across the US. KPNO is still providing astronomers with a pristine view of the night sky today, and hosts more than dozen optical telescopes as well as two radio telescopes.