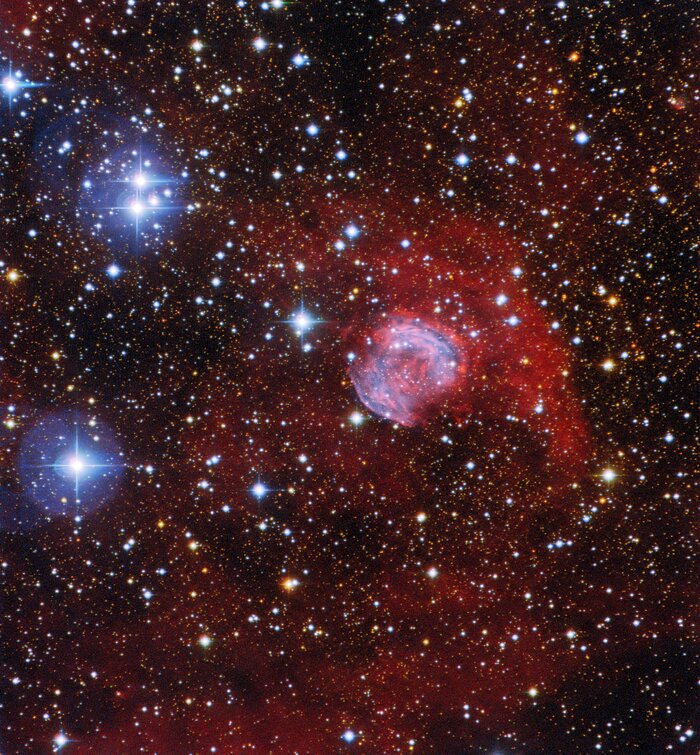 This image shows the planetary nebula Sh2-42 in the constellation Sagittarius, and was captured by using the SMARTS 0.9-meter Telescope at Cerro Tololo Inter-American Observatory, a Program of NSF’s NOIRLab. Despite the name, planetary nebulae have nothing to do with planets — they are spectacular funeral pyres formed by red giant stars at the end of their lives. As these giant stars expand and throw their outer gaseous layers into space, the hot exposed core of the star ionizes the surrounding material, causing it to glow in a range of vivid colours. As it reaches the end of its life, our own Sun is expected to form a planetary nebula — but not for another 5 billion years!