A Study in Scarlet 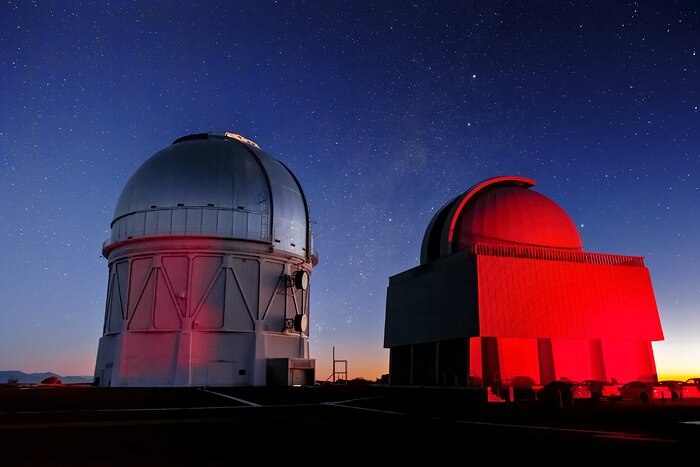 This snapshot captures the towering Víctor M. Blanco 4-meter Telescope and one of the four SMARTS Consortium telescopes, both set against the spectacular backdrop of the early evening sky. The dome of the SMARTS 1.5-meter Telescope — which is actually gleaming white — has been illuminated in scarlet light, giving the observatory an unusually vivid appearance.

This image was captured at Cerro Tololo Inter-American Observatory (CTIO), a Program of NSF’s NOIRLab. The observatory’s high-altitude desert location — it lies 2200 meters (7200 feet) above sea level at the edge of Chile’s Atacama Desert — provides astronomers with the pristine conditions needed to observe the Universe.