Gemini and its Laser Beam 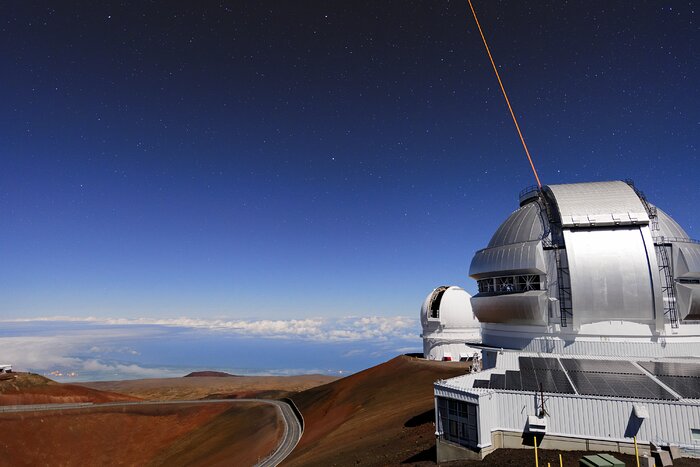 A beam of light shining into the night sky illuminated by moonlight. Its origin is Gemini North, one of the twin telescopes that make up the international Gemini Observatory, a Program of NSF’s NOIRLab. The light is in fact a laser guide star, and it serves a remarkable purpose. The laser guide star’s light encounters a layer of sodium high in the Earth’s atmosphere (about 90 kilometers (56 miles overhead) where it creates an artificial star. This artificial star is used as a reference by Gemini North, to allow the telescope to correct for much of the turbulence of Earth’s atmosphere.

The artificial star is too faint to be seen by human eyes. The laser beam itself is visible, but not at large distances. So as striking as this image is, the inhabitants of Hawai‘i are not disturbed by a night sky filled with bright laser beams!