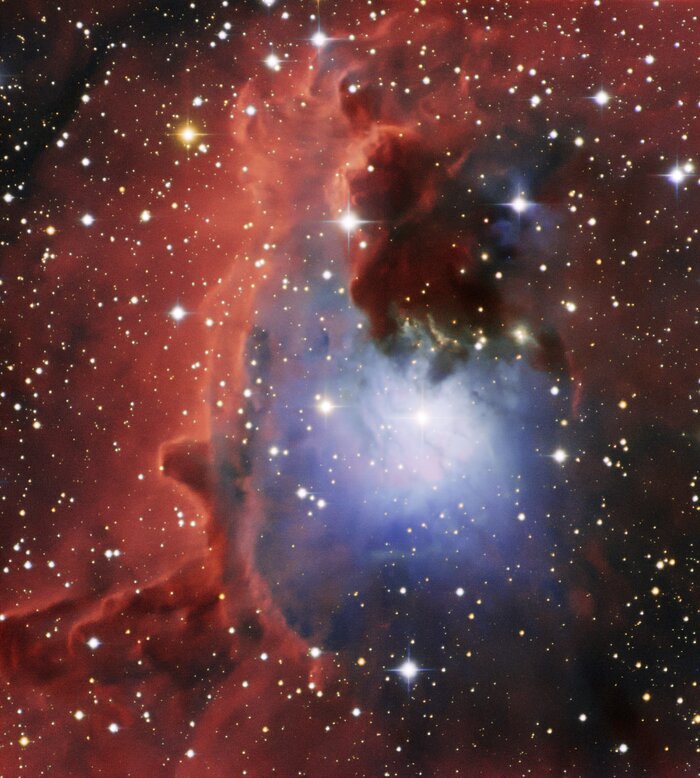 This image is so beautiful that it could almost be a painting, but it is real. It has been produced using observations made at the SMARTS 0.9-meter Telescope at the Cerro Tololo Inter-American Observatory (CTIO), which is a Program of NSF’s NOIRLab. It features a reflection nebula known as NGC 2626, which lies 3300 light-years from Earth.

Reflection nebulae are not luminous themselves, but they reflect light from a nearby star or stars. The light scatters off the dust particles in the nebulae, which often results in reflection nebulae having a blue tint, because blue light scatters more efficiently. This is the same phenomenon that makes the sky on Earth appear blue — the laws of physics are the same throughout our Universe! The red nebulosities are glowing hydrogen gas.