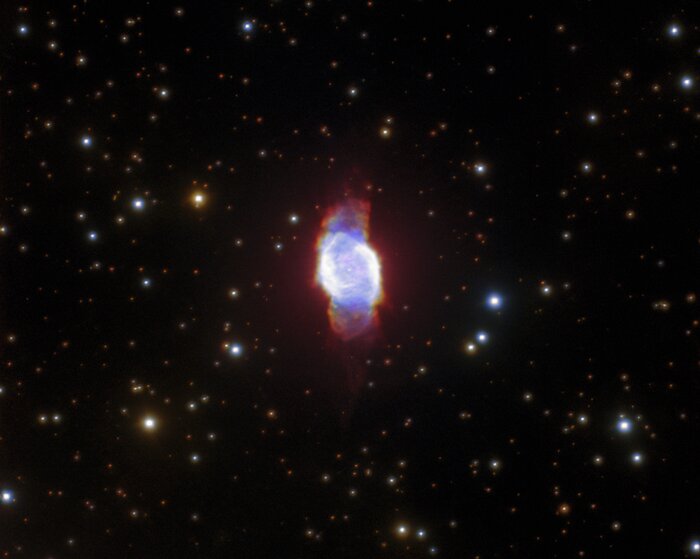 This gorgeous image resembles an inky patch of space that has been smudged by a giant celestial thumbprint. Actually the object is a planetary nebula named PN M 2-53. It was imaged using the Gemini North telescope of the international Gemini Observatory, a Program of NSF’s NOIRLab.

Planetary nebulae have a wildly misleading name, as they have nothing to do with planets — or even exoplanets. The misnomer originates from the late 1700s, when astronomers thought that the gaseous structures resembled planets. Planetary nebulae are actually formed by some dying stars, right at the end of their lives. The layers of gas and dust shed by the dying stars are lit by their remaining cores, creating a planetary nebula. Despite its inaccuracy, the name has stuck!