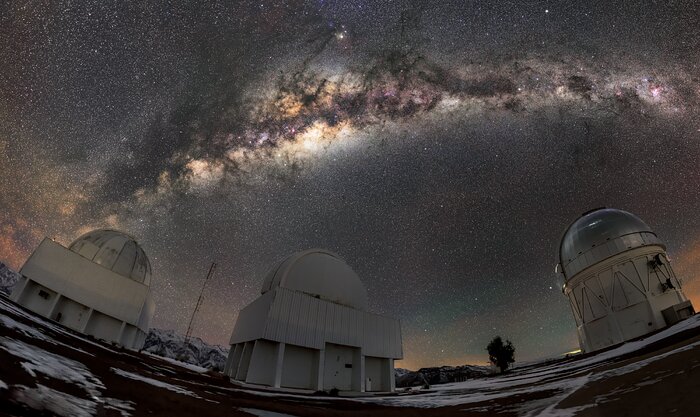 The three buildings featured in this image house an important trio of telescopes: the SMARTS 1.0-meter Telescope, the Curtis Schmidt Telescope, and the Víctor M. Blanco 4-meter Telescope (far right). They are situated at the Cerro Tololo Inter-American Observatory, a Program of NSF’s NOIRLab. Clustered under the extraordinarily vivid sky, this telescope team is poised for action.

The Blanco has actually been active since 1976. It is an optical telescope, which means that it collects light with similar wavelengths to that seen by the human eye. The lens in a human eye only has a diameter of about 1 cm, but the 4-meter primary mirror in the Blanco collects a whopping 160,000 times as much light as the human eye does.