A Centaur in Transition 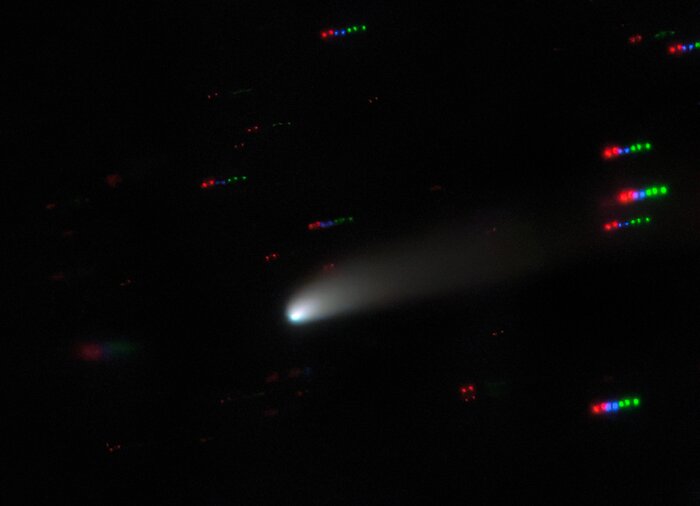 The blazing bright ball slicing through the center of this image is an example of a type of celestial body known as a centaur — a Solar System object that can be like both a comet and an asteroid. These fast moving icy objects reside in unstable orbits in the space between Jupiter and Neptune. The centaur in this image is named P/2019 LD2 (ATLAS), or LD2 for short. LD2 was observed from Gemini North, the Hawai‘i-based half of the international Gemini Observatory, which is a Program of NSF’s NOIRLab.

LD2 is on the cusp of an important transition — it is the first centaur to be seen in the process of changing into a comet-like state. It is slowly being nudged closer and closer towards the inner Solar System, which is causing its tail to form, and it is on track to move within Jupiter’s orbit in 2063. Once it does, it will cease to be a centaur, and will become a Jupiter Family Comet instead — joining a population of comets orbiting the Sun in less than 20 years and roughly in the same plane as most of the rest of the Solar System.

That astronomers are able to witness LD2’s transition is unique and it is particularly exciting as many astronomers will be able to observe this metamorphosis within their own lifetimes — a fascinating glimpse of astronomy in action.